Paul WS Anderson and Milla Jovovich are back with a new installment of the Resident Evil Series. Retribution continues the theme of the last few films – Alice (Milla Jovovich) wakes up in the heart of an Umbrella Corporation facility and starts once more hunting those evil bastards responsible for unleashing the T-virus upon the world. We’ve got the latest trailer and new images from the film

Synopsis: The Umbrella Corporations deadly T-virus continues to ravage the Earth, transforming the global population into legions of the flesh eating Undead. The human races last and only hope, ALICE (Milla Jovovich), awakens in the heart of Umbrella’s most clandestine operations facility and unveils more of her mysterious past as she delves further into the complex. Without a safe haven, Alice continues to hunt those responsible for the outbreak; a chase that takes her from Tokyo to New York, Washington, D.C. and Moscow, culminating in a mind-blowing revelation that will force her to rethink everything that she once thought to be true. Aided by newfound allies and familiar friends, Alice must fight to survive long enough to escape a hostile world on the brink of oblivion. The countdown has begun. 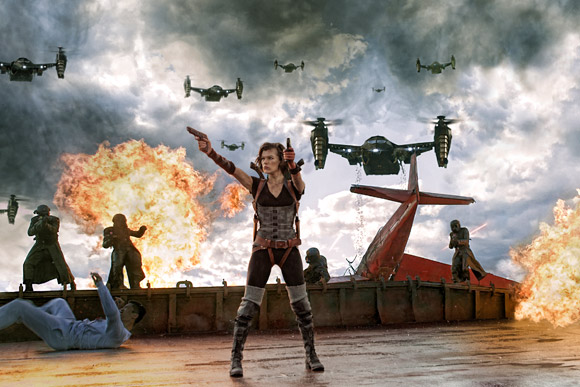 Over at Empireonline: Given the success (at the box office, at least) he had taking back the rudder of the Resident Evil series with Afterlife in 2010, it’s no surprise to see Paul WS Anderson keeping the undead horde thriving for the next instalment, Retribution. And now the first trailer can be watched below.

Retribution continues the theme of the last few films – Alice (Milla Jovovich) wakes up in the heart of an Umbrella Corporation facility and starts once more hunting those evil bastards responsible for unleashing the T-virus upon the world. Travelling between ravaged cities such as Tokyo, New York and Moscow, she digs deeper into her mysterious past and discovers a shocking revelation that might just challenge everything she believes in… And no, it’s not the thing about toast always falling butter-side down.

We’re promised a few old faces in this one (with the likes of Michelle Rodriguez and Sienna Guillory cropping up) plus a few new arrivals to the franchise. From the looks of the footage, most of what fans enjoy about the films – Jovovich in leather running, shooting guns and using a variety of other weapons – is present and correct. And there’s more of the infected than you can shake a stick at (including what looks like some flying beasties). 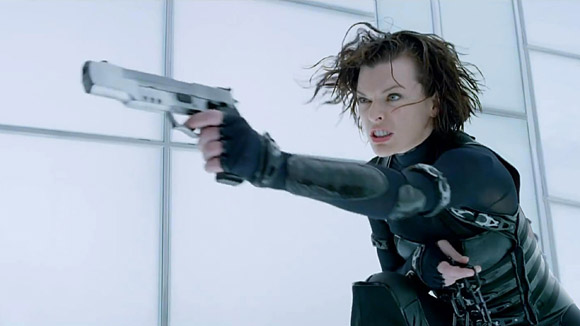