The problem with Todd Lincoln’s debut horror movie, The Apparition, is it’s just not very scarey. The film started off well with some good spooky moments such as doors opening on their own and furniture moving (very much like Paranormal Activity). After this it just feels like a mix match of every other haunted house/poltergeist style film. There isn’t much, if any chemistry between the film’s two lead characters played by Ashley Green and Sebastian Stan. The scares are built up, but never feel particularly satisfying – It was all a bit clunky. Tom Felton who play’s Patrick spends much of the film talking nonsense about ‘other dimensions’ and ‘possessed spirits’ before being sucked off into a cupboard (we kid you not!). Overall : very average. 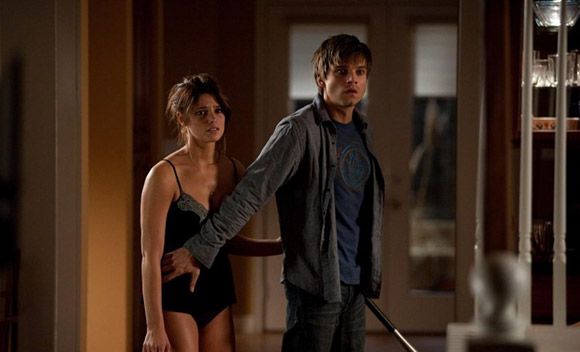 Amazing War of the Worlds concept art by James Cly