New images and the movie poster for the upcoming Piranha 3DD. Due in 2012 – a second round of excellent trashy, B-movie, flesh-munching mayhem. From what we’ve seen so far it looks like more of the same – buckets of gore, CGI fish, boobs and of course 3D! – Did we mention the Hoff? 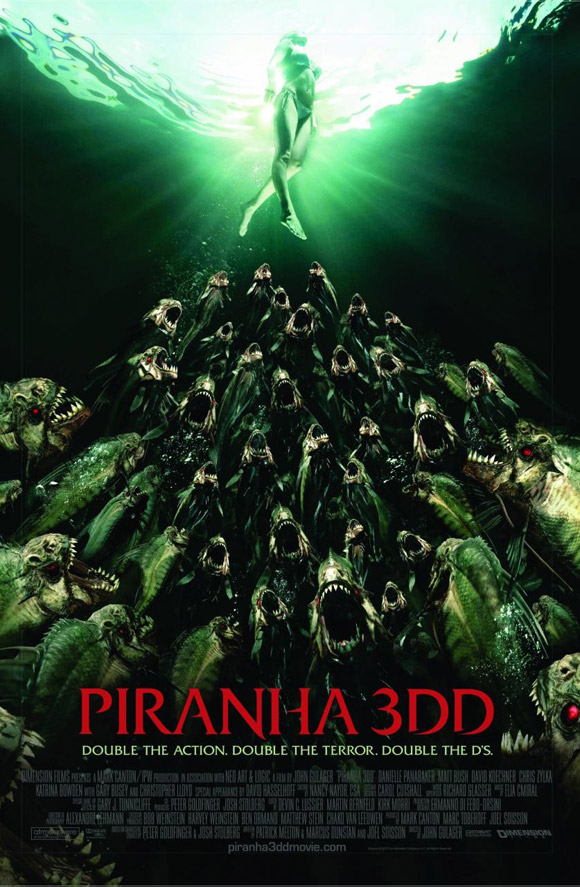 Despite the absence of some of the first film’s key players, it looks just as trashily fun as ever, with David Hasselhoff in particular stealing every scene he crops up in. 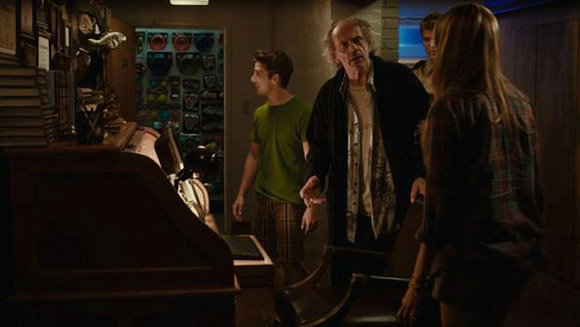 “People are dying… do something,” shrieks one terrified swimmer. “First of all, I’m not a lifeguard,” responds the Hoff. “Secondly, that is what natural selection’s all about.” Throw in Christopher Lloyd’s mad scientist routine, Ving Rhames with shotguns for legs and Gary Busey biting the head off a piranha, and you’ve got a slice of Friday night fodder that looks extremely stupid, but extremely fun. Even the subtly tweaked plot looks more engaging than your average sequel. Piranhas in the pipes? Cool! Piranha 3DD is set for release in the UK in 2012
Latest movie posters for Piranha 3DD…… 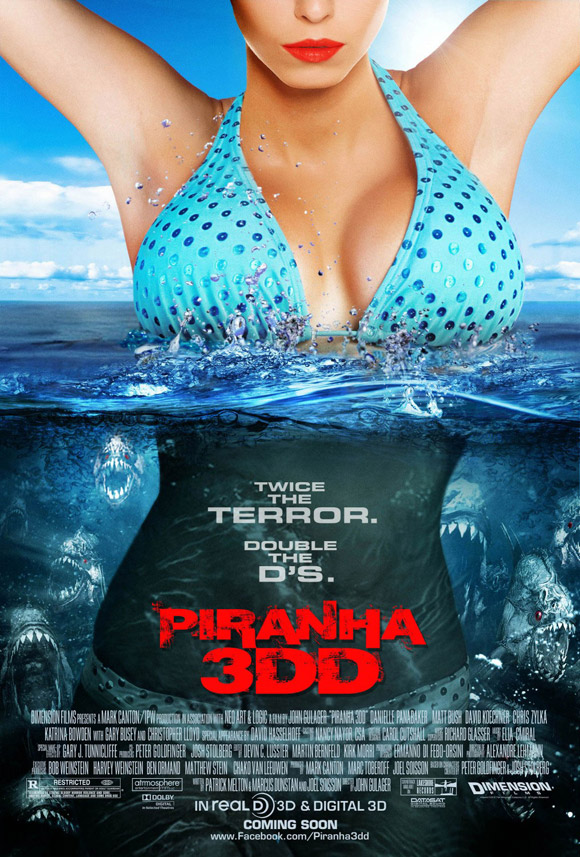